Counseling isn’t always easy, but it is simple. 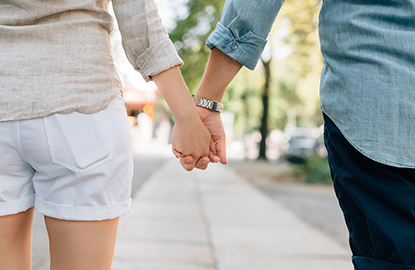 This is Sandy’s story…

Sandy believes in her marriage. It is a good marriage… isn’t it?

So why does she feel this pang of loneliness and isolation in the pit of her gut?

How did she get here?

As she scanned the history of her marriage, she smiled, and even laughed out loud as memories came to mind.

At the center of it all, their children. Their greatest loves, and their greatest challenge. So much giving of self and energy, all the chaos, all the ups, and all of the downs.

And here she sits, in her car, feeling completely and utterly alone.

She reasons with herself.

He comes home every night. He asks about her day. They have pretty decent sex, occasionally.

Isn’t this what every woman wants?

She felt down right stupid and ungrateful for feeling this way.

Something different than what she has.

Sandy then made a decision to invest in herself.

She reached out for help and came to enjoy a relationship with her counselor.

A relationship that deeply challenged her; while also leads her to discover who she was, who she is, who she wants to become… and how God sees her.

Over time, she began to trust herself enough to follow the ripple effects of her life.

As she dealt with her story, choices she made and choices she didn’t, the waters of her life began to still for a brief moment, and she noticed her own reflection.

Her unique gifts began to rise to the surface.

And finally, after having trenched back and forth through the muddy swamp, she discovered that what she was really yearning for was that distinct feeling of being pursued and absolutely cherished.

She came to terms with who she is, who she is as Greg’s wife, her children’s mother, and a Christian woman. She slowly began to clearly see the true essence of who God CREATED her to be.

Eventually, to Sandy’s surprise, the changes in her seemed to draw out a side of Greg that Sandy distinctly remembered and deeply missed.

And after some time, they were able to create a marriage rich with intimacy, adventure, passion, and pursuit!

Did it come easy? NO.

Vulnerability is not easy – in fact, it’s hard.

Greg and Sandy decided to dive in together, head first.

They began to untangle, understand, and heal their past.

They dealt with their wounds and accomplished better coping strategies.

They learned how to stop taking each-others short comings personally, and began to instead trust each other’s intentions.

They discovered how to view their spouse completely different…

…and how to be in relationship with each other in a fresh, new way.

Through it all, they began allowing HIM to work on each of them, in HIS timing and in HIS ways… and not their own.

They did their work.

I have to give it to them. They earned this.

They admitted they wanted more from life, they showed up, and they did their work. We worked individually, we worked together, we worked in session, and they worked out of session.

They dove in, head first, and learned to swim. They have both expressed how extremely proud they are of themselves, and how very grateful they are to not only to have made the decision, but to authentically jump in.

Commit to the process.

We are here to guide you.

Call 970-670-SOUL (7685) or email info@soulhealthcounseling.com today to schedule your 30-minute complimentary consultation. We can meet by phone or face to face.